A Brief History of Section 21 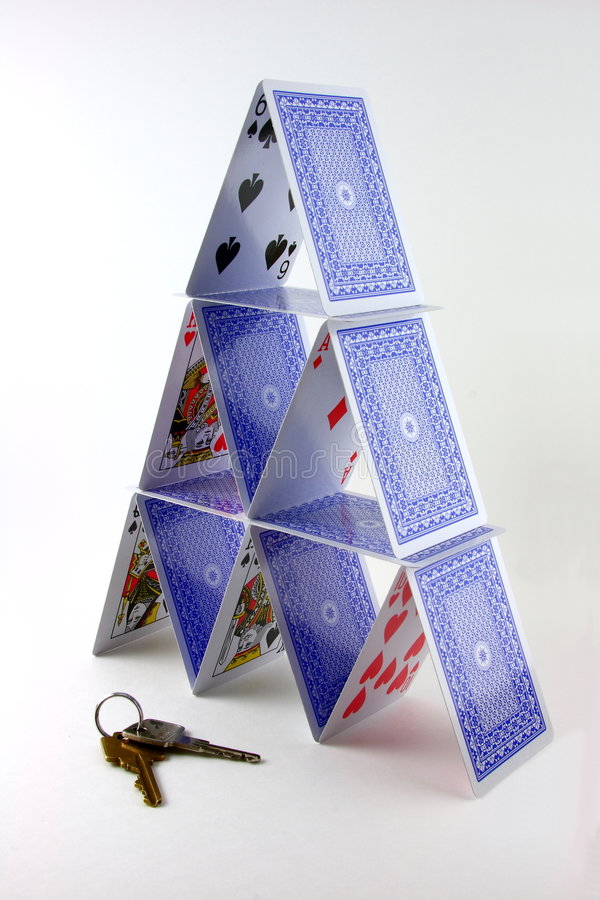 With the release of the recent ‘A Fairer Private Rented Sector’ white paper, the Government stipulated its intention to abolish the use of section 21 grounds for eviction. This will cause a huge change in the private rented sector and may significantly overhaul the future of the system and supply of housing. So, we thought it would be interesting to look back at the history of these so called ‘no-fault’ evictions, and the positive and negative impact section 21 have had on the lettings industry in England.

In the early 1900’s it is estimated that 90% of Britain living in rented accommodation, with the system mostly being governed by common law rules. This lack of regulations began to cause a problem as house shortages arose in certain areas as a result of the first world war, leading to some landlords increasing rents significantly. This led to strikes from tenants, threatening to undermine the war effort, and causing big problems for politicians. Their solution was to bring in legislation to restrict a landlord’s right to charge premium rents on smaller, unfurnished properties.

Rent controls were originally devised to be a temporary war-time measure, however by the end of WW1 as the housing shortage worsened, the rent controls were extended in both duration and scope, covering a wider range of dwellings. Security of tenure was also introduced, limiting a landlord’s ability to obtain possession, and succession rights meant tenancies could be passed onto family members for generations. Over the years many efforts were made to relax the legislation, however following the outbreak of WW2, and the subsequent housing shortages that followed, the extent of the legislation was widened again and now covered around 90% of dwellings. It was uneconomic to be a landlord, and this stemmed a rapid decline in private rented housing in the years following.

The 1950’s saw attempts to decontrol the rented sector and focus more on the condition of homes. Rents were frozen at 1939 levels, and landlords could simply not afford to maintain their properties to an appropriate level. The Housing Repairs and Rent Act 1954 led to rent controls being lifted on newly built and converted dwellings. By 1957 legislation allowed properties to be decontrolled upon vacant possession, which incentivised landlords to remove tenants at whatever means necessary to escape the controlled rents. The phrase ‘Rachmanism’ was coined, after Peter Rachman - a landlord who used intimidating and unscrupulous techniques to rid his properties of their tenants. This legislation that was introduced to improve tenants living conditions, had the unintentional side effect of leading to them being harassed.

A new Labour Government introduced the Protection from Eviction Act 1964, quickly followed by the Rent Act 1965, looking to regulate the property sector. Both pieces of legislation affected a large proportion of properties, and for the first time, were intended to be permanent. Concepts were introduced, such as protection from harassment for tenants, due process for landlords (meaning they had to obtain a court order for possession), notice to quit bringing in a minimum four-week notice period, and fair rents. Instead of the inflexible rent controls, fair rents looked to fix rents at a level that reflected market value and were regulated by independent rent officers. Further developments were introduced in The Rent Act 1974, which incorporated furnished accommodation into the legislation for the first time and excluded tenancies with a resident landlord. Owner Occupiers were also given a mandatory ground to allow them to repossess their property if they wanted to reoccupy. In 1977 this legislation was consolidated into the Protection for Eviction Act and Rent Act 1977.

Whilst this legislation’s aim was to provide strong rights to tenants, the legislation was complex, and the knowledge of how to benefit from it was not widespread. At the same time, the legislation was not comprehensive, which left gaping loopholes to be exploited. For example, many tenancy types, such as licences and renting to limited companies were excluded, which landlords used to their advantage.

However, the Rent Acts were not popular with landlords either. The continued succession rights, and protective legislation led to cases of what was initially intended to be a short-term let, ending up as landlords effectively ‘losing’ their property for generations. The fair rents, which were supposed to reflect a true market rent, developed so that over time there were no genuine market rents in existence, meaning rent levels drifted on a downward trajectory. Landlords therefore couldn’t afford, and had little incentive, to maintain properties in a good condition, and many deteriorated.

This legislation, as a whole, contributed towards a significant decline in the number of households living in private rented accommodation, amounting to around 9% of Britain’s population at the end of the 1970s.

Enter Margaret Thatcher and her conservative government, who quickly overhauled the private rented sector to make it much more similar to how we know it today. Her goal was to increase the supply of housing, and to redress the balance between tenant and landlord rights, giving landlords more control over their property. To do this she first introduced the shorthold tenancy, and then soon after, through the Housing Act 1988, developed its successors - the assured tenancy and assured shorthold tenancy (AST). The concept of the new types of tenancy were created so that landlords had the right to evict tenants without giving a reason, as long as they followed the set procedure dictated by section 21 of the act. The assured tenancy became the default tenancy type and was not burdened with any rent regulations or succession rights (except spouses), which you think would make them very popular amongst landlords. However, it took time for the new legislation to be fully appreciated, and it wasn’t until the first buy-to-let mortgages were introduced in 1995 that the private rented sector became buoyant.

In 1996, the Landlord and Tenant Act was passed, which led to ASTs becoming the default tenancy type. This along with Thatcher’s previous ‘Right to Buy’ movement, saw a decrease in social housing, and from there the private rented sector continued to grow and develop. Many have asserted that section 21 is the spark that created the private rented sector we have today, and we cannot undermine the enormous impact it had. Landlords now felt secure in renting out their property, and mortgage lenders were much more willing to finance a buy-to-let, as they knew they had ultimate rights to recover possessions when needed under section 21.

Initially, regaining possession under section 21 was relatively simple. A landlord would need to serve notice of at least 2-months to enable them to apply for a court possession order, with the greatest test the landlord faced was ensuring the notice was in drafted correctly. However, over the years, the government slowly started including more pre-requisites to lawfully serve a section 21, which led many landlords to fall foul of these rules.

In 2015 the Deregulation Act was introduced to set out what a landlord needed to do in order to correctly serve a section 21 notice. It became essential that the notice was served in a prescribed form, and in the correct timeframes. If a security deposit was taken from the tenant, it was necessary for it to be secured in a tenancy deposit scheme, and the scheme’s prescribed information needed to be provided to tenants within 30 days of payment of the money.  The gas safety certificate and EPC for the property also needed to be given to the tenant, along with the Governments ‘How to Rent’ guide. Finally, Houses of Multiple Occupation (HMOs) were required to have a valid licence. When landlords failed to comply, they were unable to obtain a court possession order as a result.

The Future of Section 21

The private rented sector in 2021 made up 19% of the population in England [1], and the proportion of people that it encompasses today includes more families and older people who, in the past, were more likely have been homeowners. Security of tenure is typically more important to a settled family with children, than to a younger person who is yet to make long-term plans, and therefore, this unguaranteed security can feel particularly threatening. It can be difficult for any tenant to make roots in the community when their duration in that locality is not secure. There can be many reasons why, even the best landlords, may need to serve a section 21 notice, however, this does not make it any less stressful and emotional for the tenants who are left with no course of action but to find new accommodation. This can be expensive, and with rent prices rising throughout the country, may mean some tenants are ‘priced-out’ of areas they were comfortably living in previously.

The issue is made even more problematic, when there is a small proportion of criminal landlords, who use the threat of a section 21 eviction as a deterrent to tenants who dare to complain about any issues with their property. There is virtually no policing by officials of these landlords, and tenants are left with few options of recourse.  This is often showcased by the media, and it what is largely giving the section 21 notice a bad name.

The government has recently released their ‘Fairer Private Rented Sector’ white paper, colloquially known as the ‘renters reform bill’, that calls for the abolishment of section 21. Under the reforms the elimination of section 21’s will mean a tenancy can only end if a tenant gives notice, or a landlord uses one of the valid section 8 grounds. Few would disagree that the system needed to be tweaked, and we sort of saw how this would play out during covid. The courts very early on during the first lockdown said they would not see any section 21 notice eviction claims, and therefore the sector adapted to this. Both tenants and landlords increased the use of mediation services and negotiated, so both parties were (generally), left feeling, if not happy, but content.

However, the new system has come full circle, and will swing the power balance back in favour of the tenant. They can control when they leave, and the only remedy a landlord has is a lengthy court proceeding to get rid of a rogue tenant, which we have learned from the history of the private rented sector, may not be a positive step. We fear this could have dangerous consequences, leaving many landlords either exiting the sector, or not being able to afford to upkeep properties, resulting once again in a housing shortage. This shortage will lead rents to rise, and with no plans released to improve social housing, could result in a cataclysmic end.

Hopefully this brief history can be the basis of useful information that can encourage discussions about the upcoming changes, and the long-lasting legacy of section 21 can be bought to an end in a safe way that leaves the private rented sector in a more secure and fair condition than it was initially introduced to remedy.