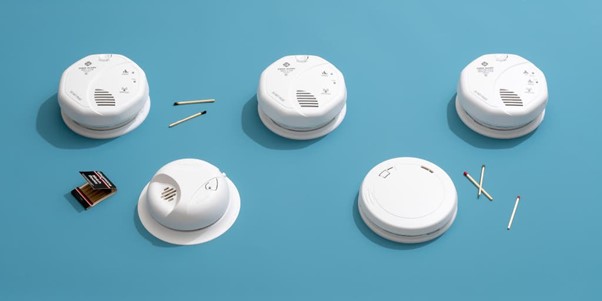 The Smoke and Carbon Monoxide Alarm (England) Regulations have been in place since 2015, but at the end of November 2021 the Government announced that they were planning on extending the legislation in domestic rented accommodation subject to parliamentary approval. We have no date yet as to when these changes will become official, but the government has said the update will be passed as soon as legislative time allows.

The current legislation says that private landlords are required to install at least one smoke alarm on every storey of their rental property, and a carbon monoxide alarm in any room containing a solid fuel burning appliance (e.g., wood burning stove, coal fire). Landlords must also ensure that the alarms are in working order at the start of any new tenancy.

The new rules will dictate that landlords will legally be required to repair or replace any alarms that are reported as faulty during a tenancy, however routine testing and battery replacement will still be the responsibility of the tenant. Carbon monoxide alarms will now need to be fitted in all rooms where there is a fixed combustion appliance, which includes gas central heating boilers, but there is an exemption for gas cookers. The extended rules will apply to both the private rented and social sector, whereas the existing rules currently only apply to the private rented sector. Finally, the Government will also amend the statutory guidance (Approve Document J) supporting Part J of the Building Regulations relating to where alarms are fitted and to ensure that alarms meet appropriate standards.

The revisions to the regulations can only be seen as a good thing to improve tenant safety, and all the amendments are sensible to try and eliminate needless casualties and fatalities caused by carbon monoxide. Many landlords will already be complying with the legislative extensions as competent gas engineers have been recommending installing carbon monoxide alarms in homes where there is a gas boiler for years.

However, there are some concerns that will hopefully be addressed before the changes become law. Propertymark have argued that the rules should be amended so that landlords have the flexibility to test that the alarms are in working order before the tenancy starts, rather than on the day the tenancy begins, as this is not always practical. Historically, when new legislation such as this Is introduced, it can result in a chaotic rush for everyone to comply. The number of properties that will be affected by the changes, which will now include all social housing, means that there could be a supply chain issue. Therefore, we would suggest sourcing alarms sooner rather than later, and try to avoid the last-minute rush.

If you would like any help or guidance on this subject, or with any other aspect of letting’s legislation, please don’t hesitate in getting in touch!