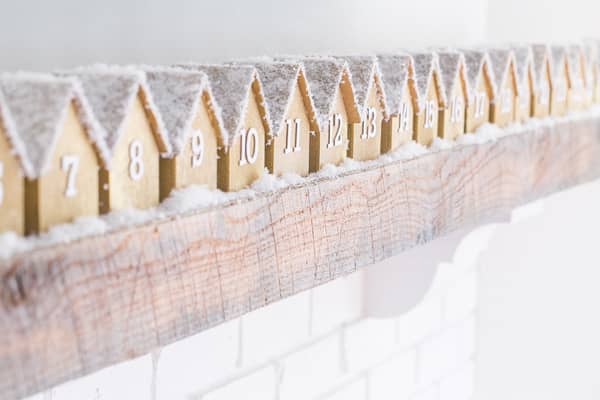 This year we decided to deliver a Christmas fact for every day of advent. We have written this bonus blog post, in case you missed any of our videos, so here are the fun facts in all their glory! We hope you learnt a lot and will astound your family and friends with your exceptional knowledge around the dinner table this Christmas.

1st - We frequently abbreviate ‘’Christmas’ as Xmas, because ‘X’ is the Greek letter ‘Chi’, which is an abbreviation for the word ‘Christ’.

2nd - In some part of France, it is traditional to eat 13 different types of dessert on Christmas day to represent Jesus and the 12 Apostles.

3rd – The wrapping paper people in the UK use every year for Christmas gifts would cover the Island of Guernsey.

4th - Bohemian Rhapsody by Queen is the only record to get the UK Christmas Singles Chart, Number One twice, once in 1975 and again in 1991.

5th - The highest earning artist from royalties of a Christmas song is Slade, who are reckoned to earn £500,000 per year from Merry Christmas Everybody.

6th - The artist that earns the highest amount of Royalties from a Christmas song is Slade, who are reckoned to earn £500,000 per year from ‘Merry Christmas Everybody’.

9th – In Greece, Italy, Spain and Germany, workers get a Christmas bonus of one month's salary by law.

10th – In 1867, a Boston industrialist heard Charles Dickens read ‘A Christmas Carol’ and was so moved he closed his factory on Christmas Day and gave every one of his employees a turkey

11th – In the film ‘The Grinch’, the prosthetics and makeup Jim Carrey wore took three hours every day to put together. He said it felt like being buried alive and consulted with a Navy SEAL who taught him torture-            resistance techniques, which included listening to The Bee Gees to get him through it.

12th – Japanese people traditionally eat KFC for Christmas dinner, thanks to a successful marketing campaign 40 years ago. It is so popular that they sometimes have to order their dinner 2 months in advance.

13th – The average adult will spend £330 on presents this Christmas. Typical households will spend £809.97 on food/drink, travel, decorations, and of course presents.

14th – ‘Jingle Bells’ was the first son to be broadcast from Space., and was originally written for Thanksgiving, not Christmas.

15th – In a Yahoo poll, users voted ‘Home Alone’ as the most popular Christmas film of all time. The ‘Muppets Christmas Carol’ came in second place, with ‘It’s a Wonderful Life’ coming third.

17th - According to tradition, you should eat one mince pie on each of the 12 days of Christmas to bring you good luck.

18th – Some Zoos accept donated Christmas trees as food for their animals.

21st – In the video for ‘Last Christmas’, was the last time George Michael was filmed without a beard. It is estimated royalties for the song are around £300,000 per year, which are all donated to charity since 2012.

22nd – 150 years ago Robins on cards were considered a joke as postmen wore red tunics and were nicknamed after them.

23rd – In the film ‘Home Alone’, the ugly photo of Buzz’s girlfriend is actually a boy because director Chris Columbus thought it would be too cruel to make fun of a real girl. The boy used in the picture is the art                  director’s son.

A massive Thank You to everyone who supported us in 2018, its been our best year yet Here’s to a successful 2019 for everyone! Merry Christmas and a happy New year from all at Aquarius Homes!